Here we are again my lovelies with the August garden.
A real mixture as far as the weather was concerned. We had a heat wave but the rest of the month was grim, wet and generally miserable. 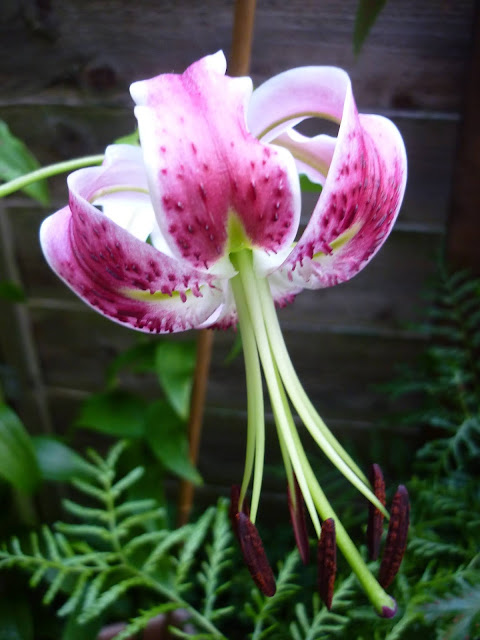 There are still a few jollies here at 'Delargo Towers to cheer us all up a bit.
Our new lily; Lilium Speciosum var. Rubrum has given a few blooms 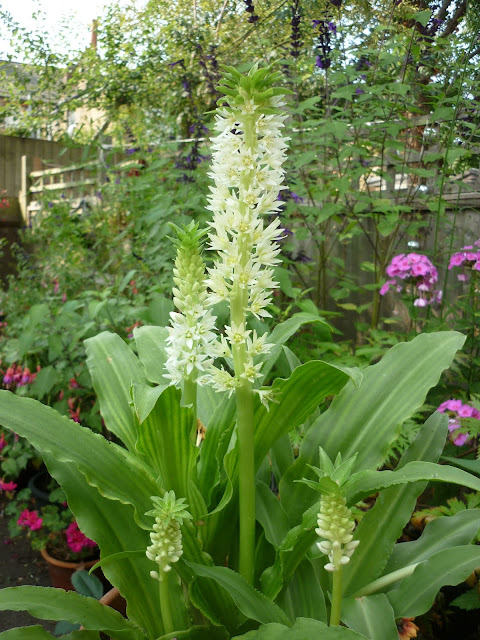 and Eucomis 'White Dwarf' is a great joy this year. 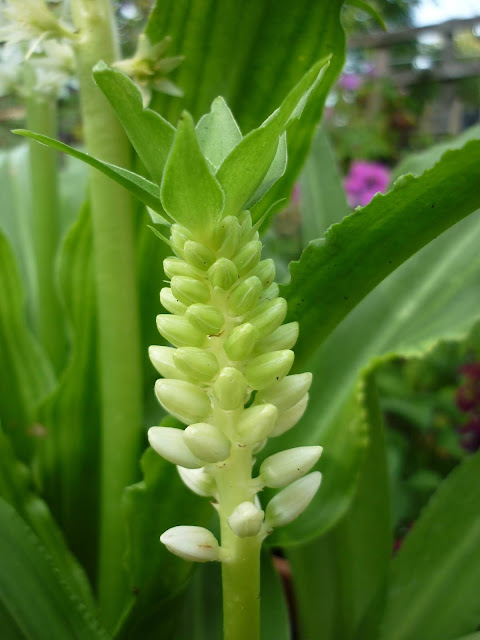 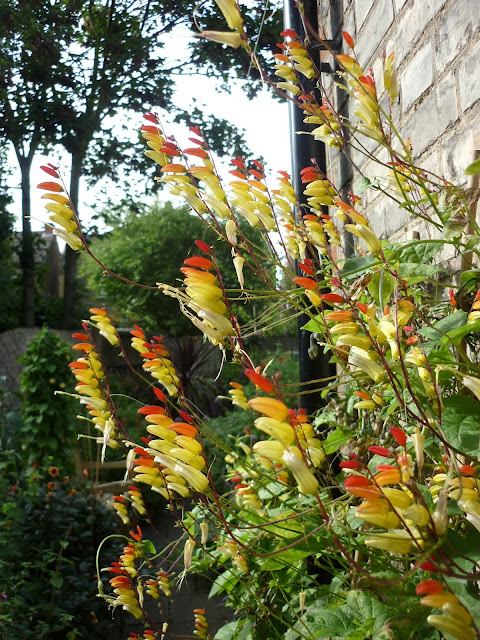 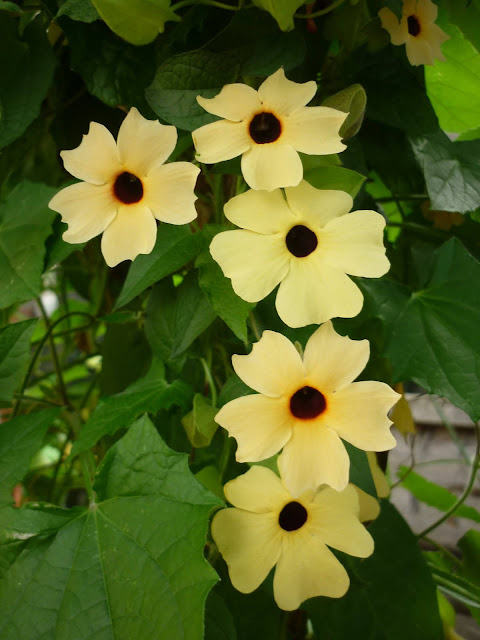 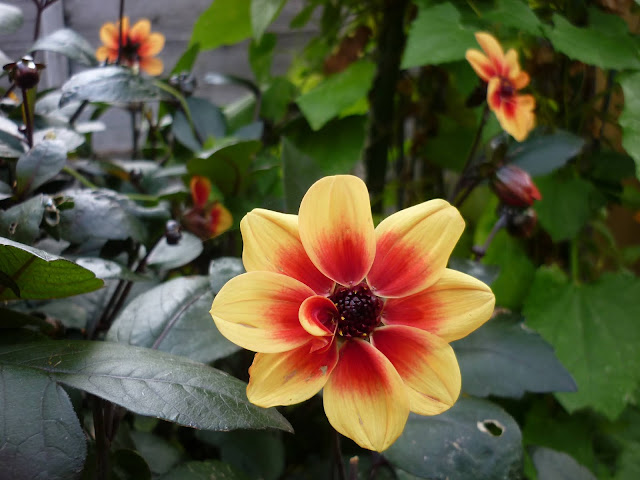 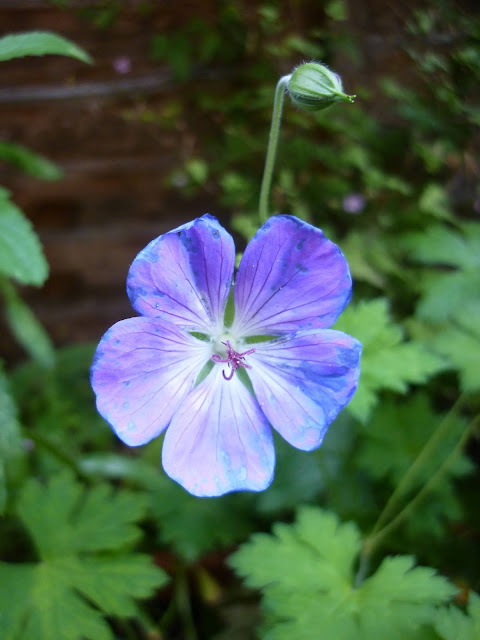 Herbaceous Geraniums are giving us a little second flush 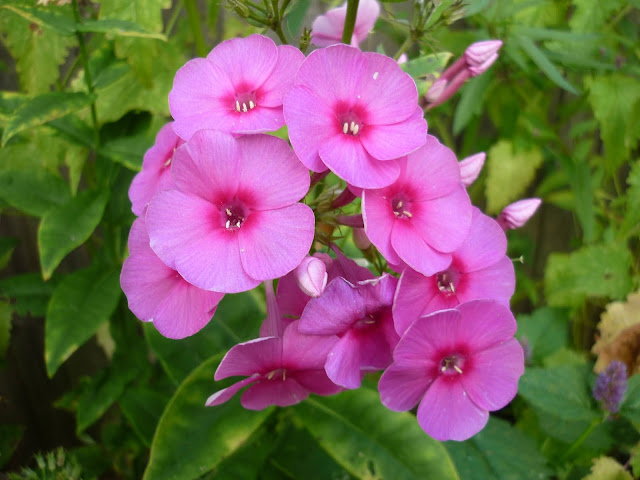 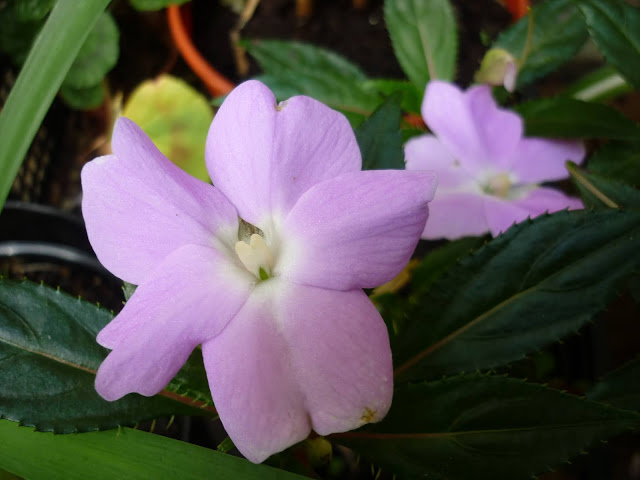 This is a cutting from last years New Guinea Impatiens. It is just starting to do its stuff now and is a gorgeous colour 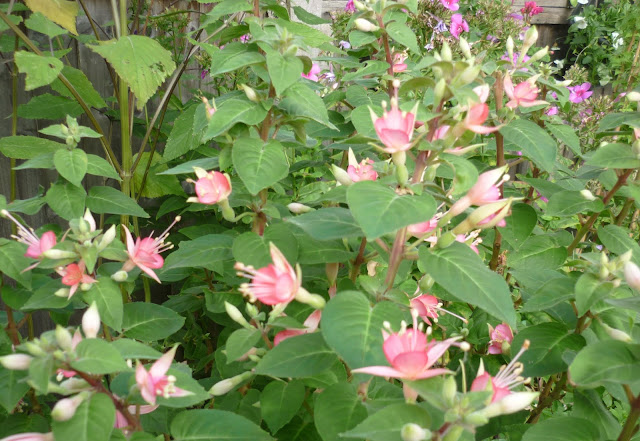 Along with the Fuchsias on the Fuchsia wall we have a few upright ones giving the borders a bit of a lift; Walz Jubelteen above and below is Hazel Elizabeth 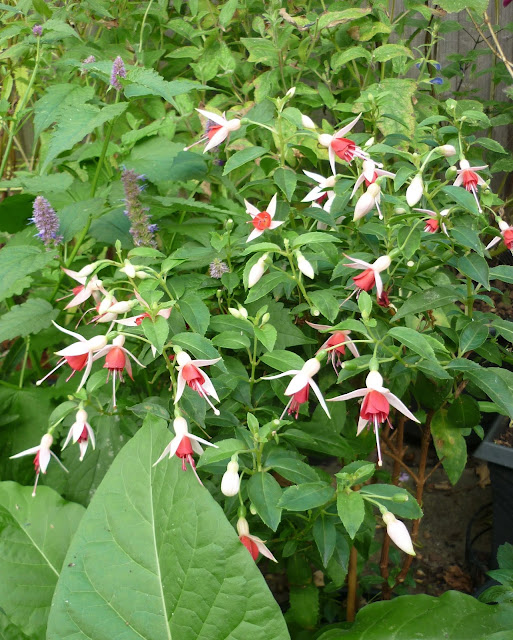 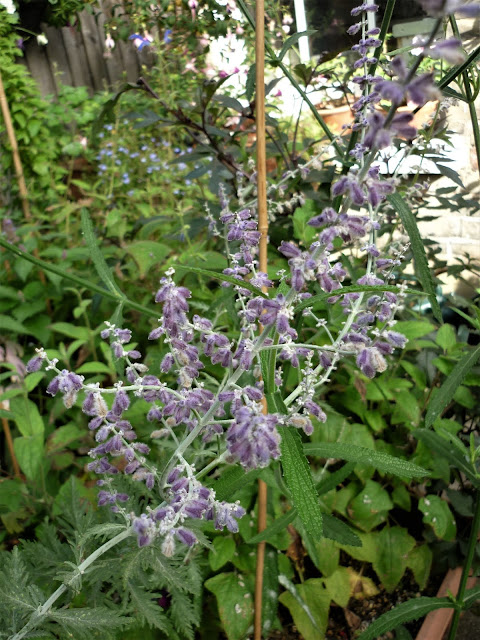 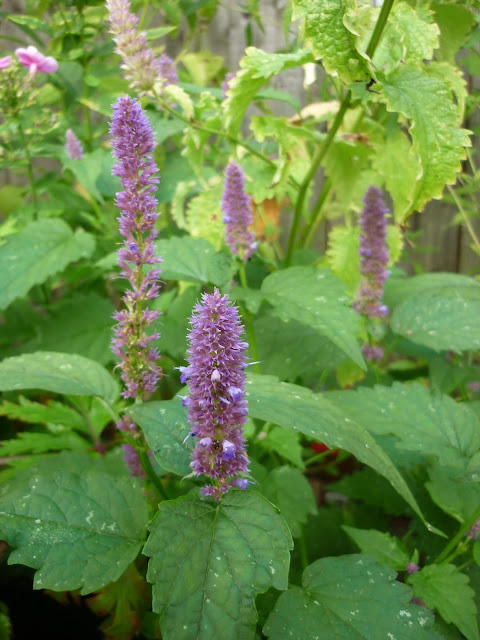 and for Agastache  'Liquorice Blue' the bees love it and it is great for filling late Summer gaps. 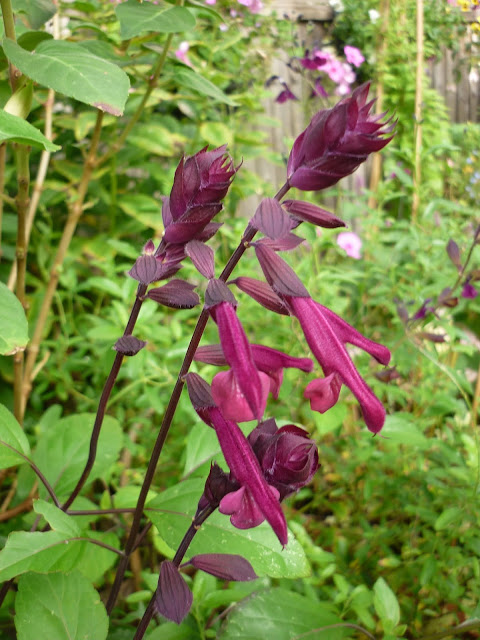 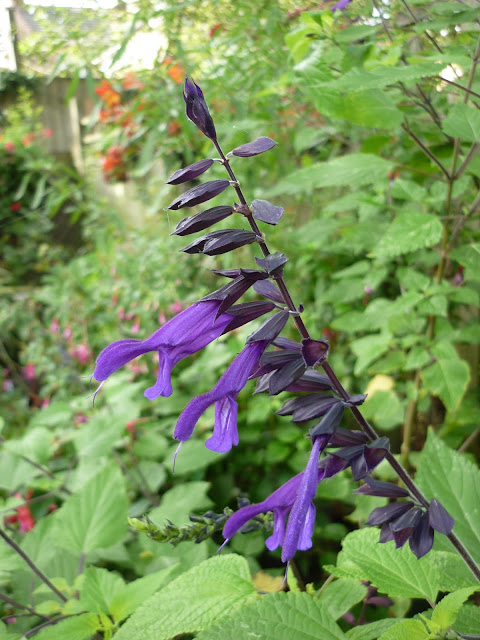 Salvia 'Amistad' has been flowering for awhile too. 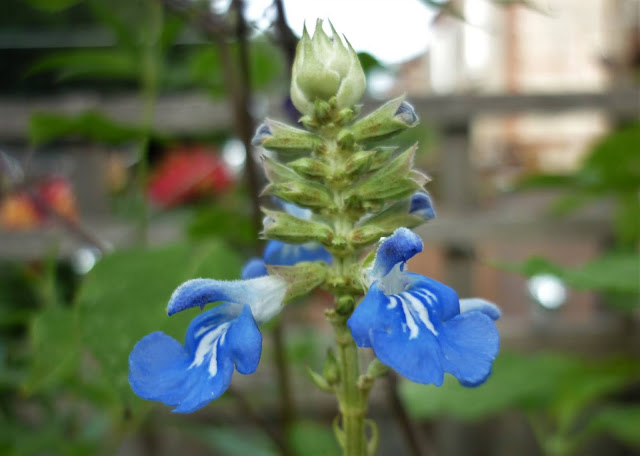 Salvia Uliginosa is only just starting. It is a heavenly blue and will be worth the wait.
The scarlet flowers of  Salvia Coccinea are dotted around the garden and create a delightful effect. 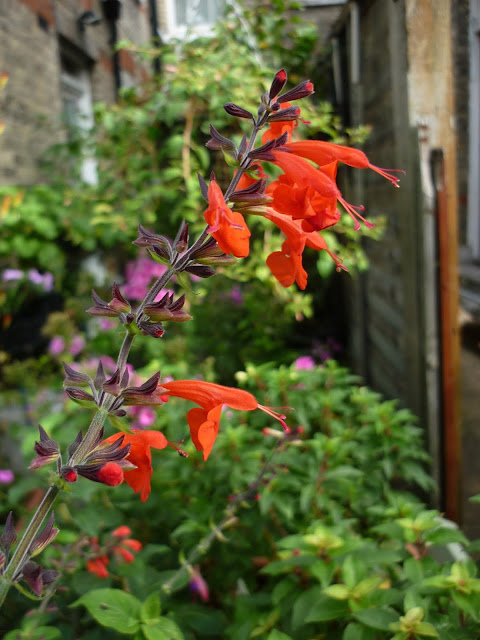 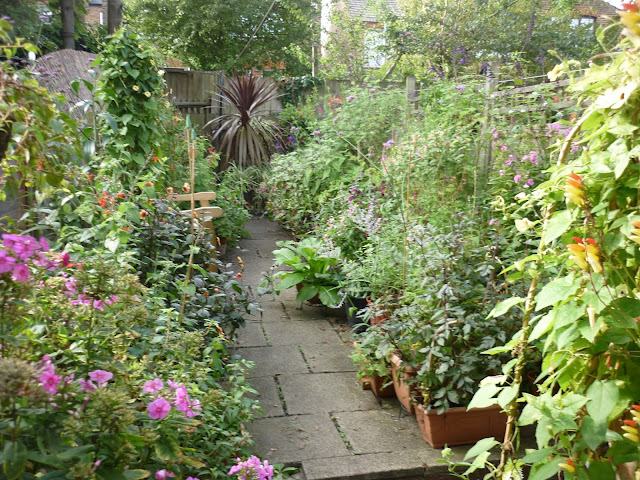 Time for a quick tour of the extensive grounds here at 'Delargo Towers'. 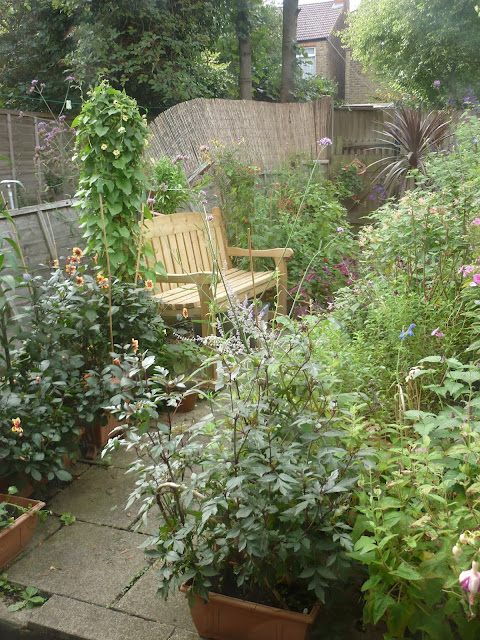 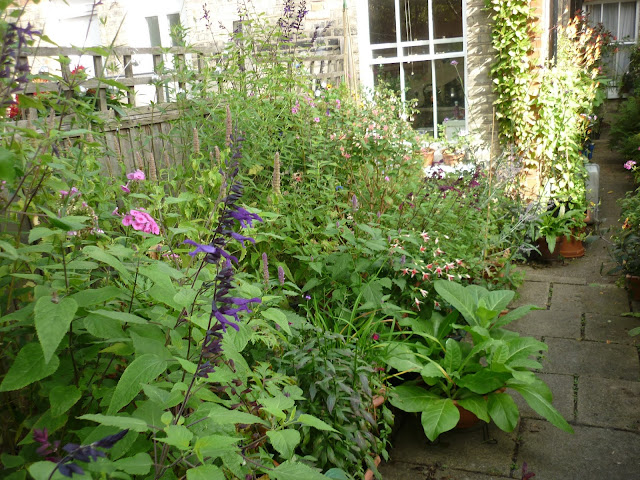 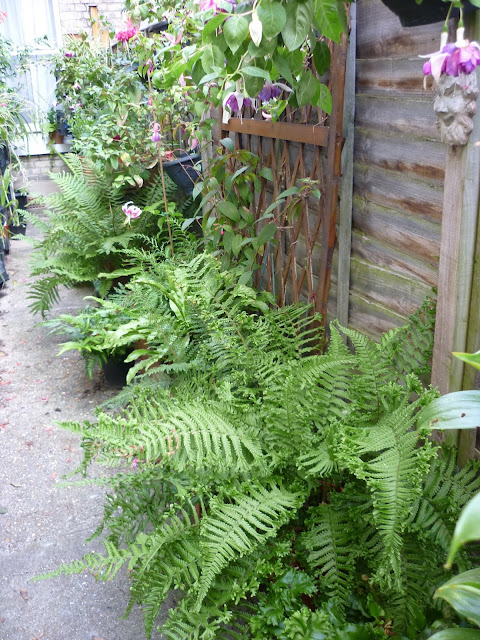 Fuchsia Thalia has been exceptional this year. 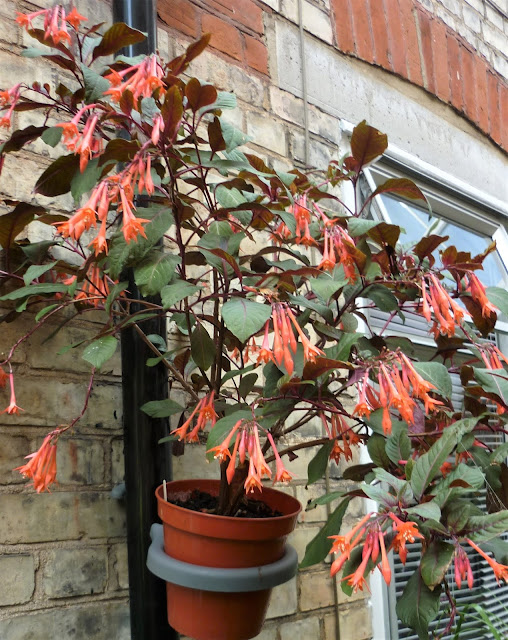 Unlike Cobaea Scandens. It is heading for the sky but has had just one flower so far. I am put to shame by my sister's plant down in Devon which is attempting to take over the planet and is smothered in flowers. 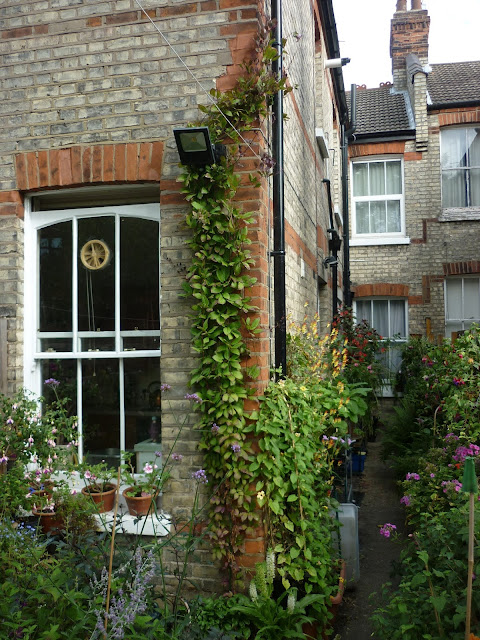 So there tiz me darlins, still lots to enjoy and to look forward to 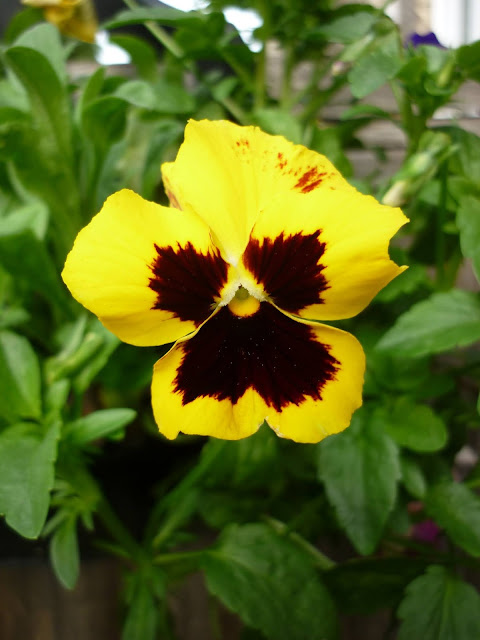 Cyclamen are starting into growth, the Winter Pansies are coming into flower and we can feel Summer starting to fade away on us.
Lets enjoy what we have while we still have it and I will see you back in our garden again next time to see what September has to offer us

Till then it is
ttfn
from me
.