Here we are then me dears at the end of April and I am posting this on time for the time in yonks.
I would like to thank everyone for the amazing response I had to last month's post mainly due to the kindness of Mistress Maddie. I was tickled pink and no mistake.

April too has been very kind, giving us some lovely warm and sunny weather so everything is a little ahead of itself. Our bluebells flowered and are all but over. 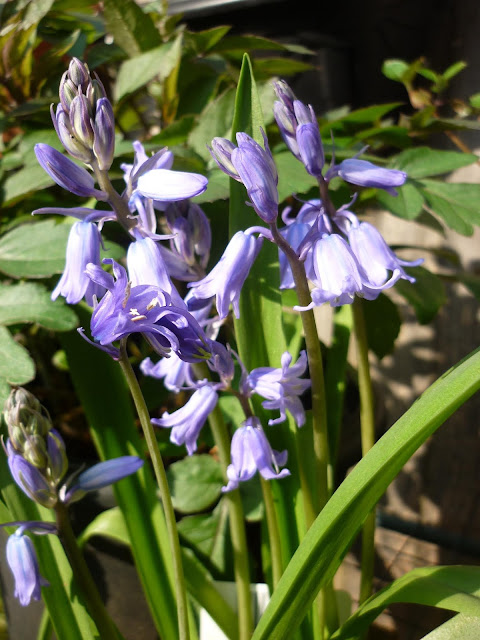 I know it is only a handful in a pot but we both love them so, and they remind me of my childhood in Devon where there are vast carpets of them. 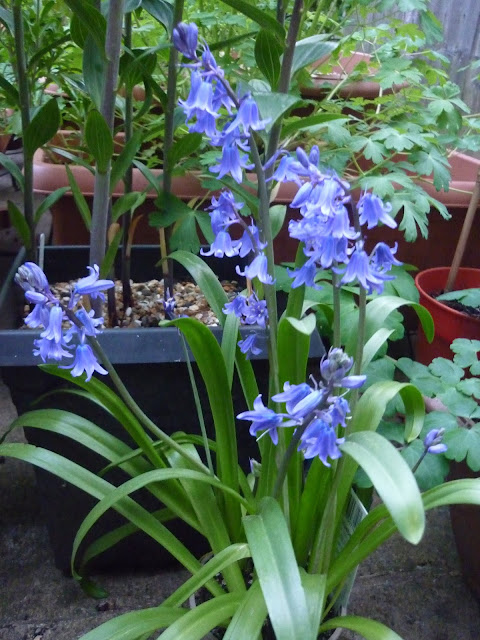 A few stars have kept on going from last month
Ipheion uniflorum “Jessie” and “Rolf Fiedler” with the first of the auriculas. The other auriculas are just coming on now. 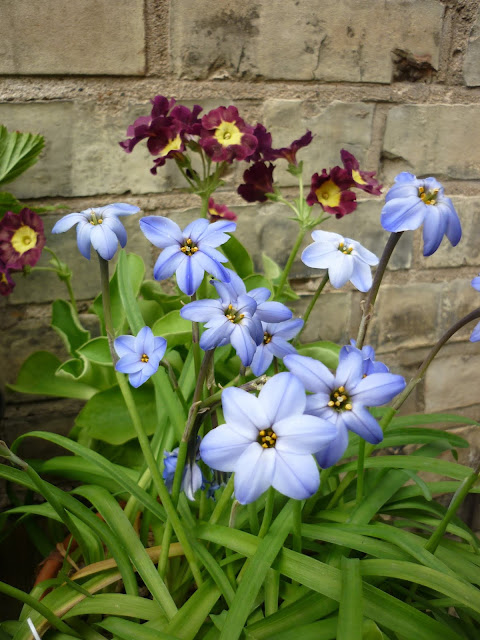 A second flush on the wallflowers. 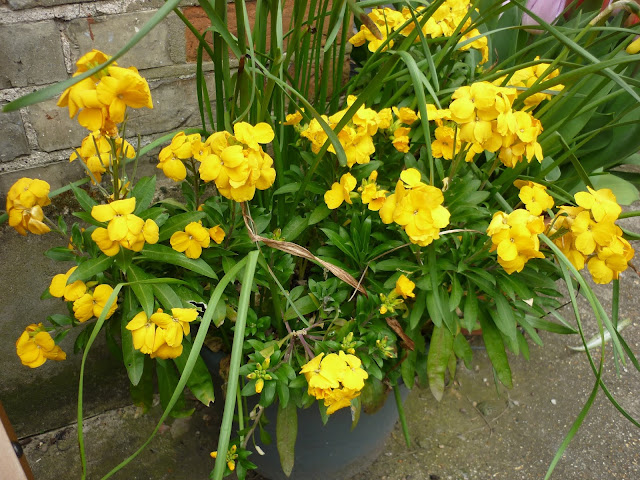 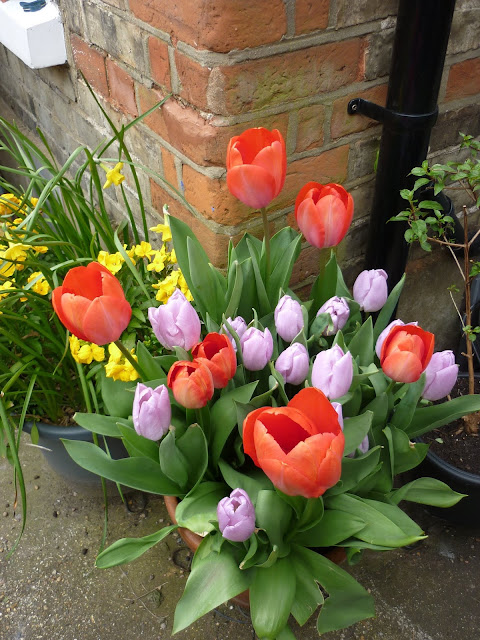 ...and they just kept on keeping on.
Then unexpectedly they were joined by a later flowering yellow. 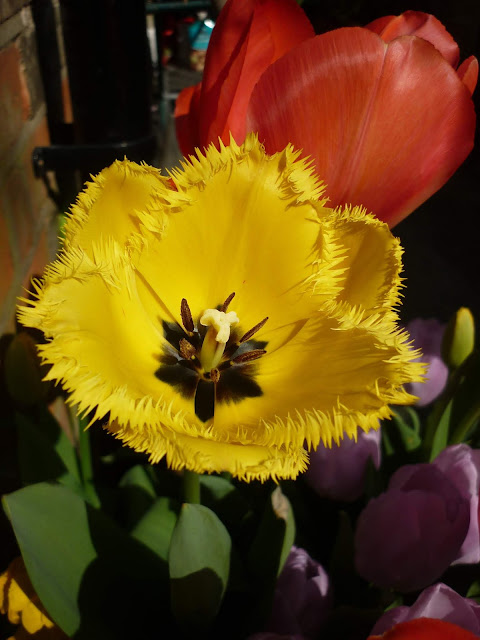 Pure joy in a pot 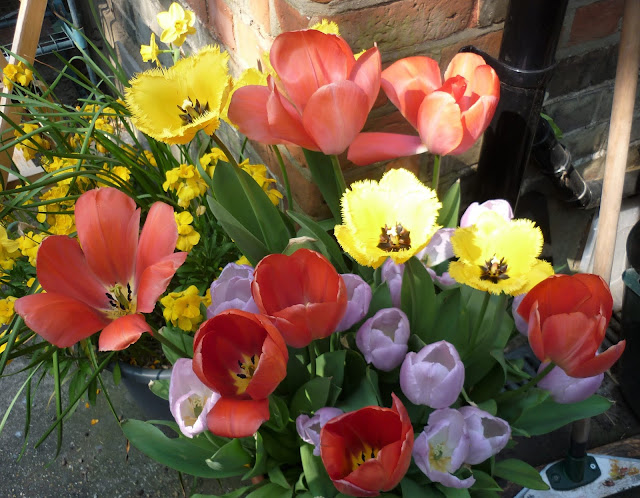 Last year I bought a root of Lily of the Valley as a way remembering my Mother. It is now flowering for the first time and smells heavenly. 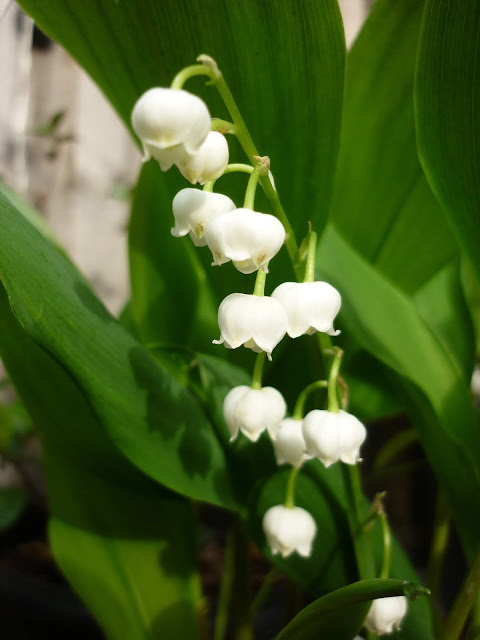 A great surprise to us both was finding a Snake's-head fritillary 'Fritillaria meleagris' in flower up in the top field.
We had brought some from the old garden when we moved but thought they were all lost. Hooray ! 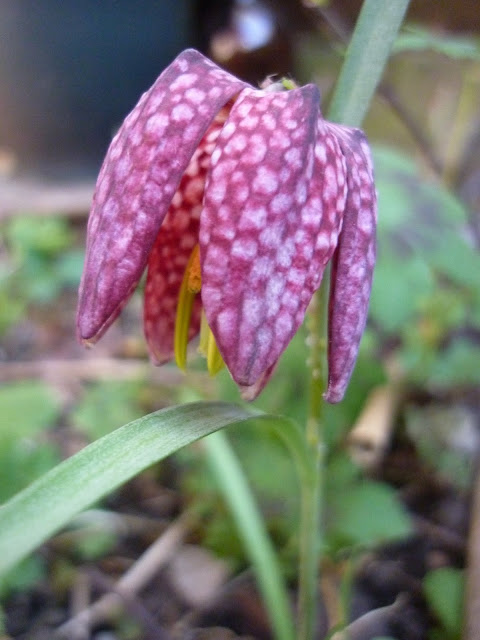 We have never had 'Forget Me Not' - Myosotis in the garden before.
We will from now on though.
It's delightful: 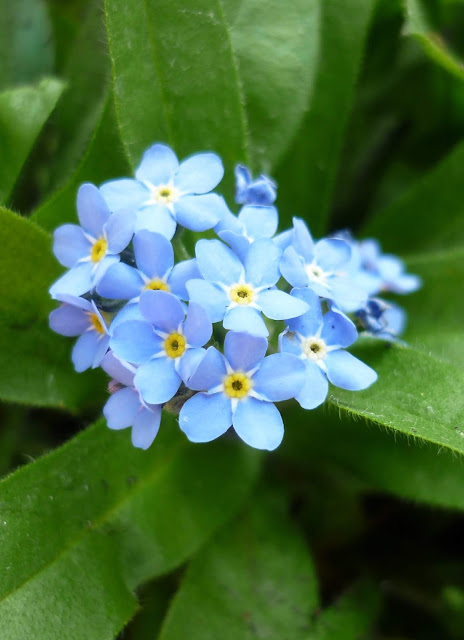 As is our very tall and graceful Aquilegia which is just starting to flower. 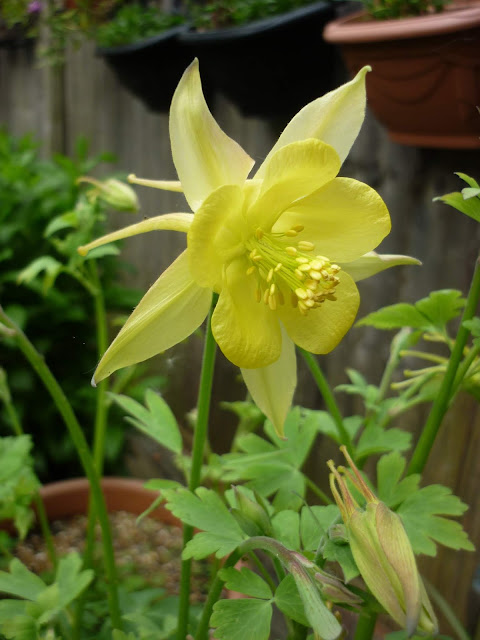 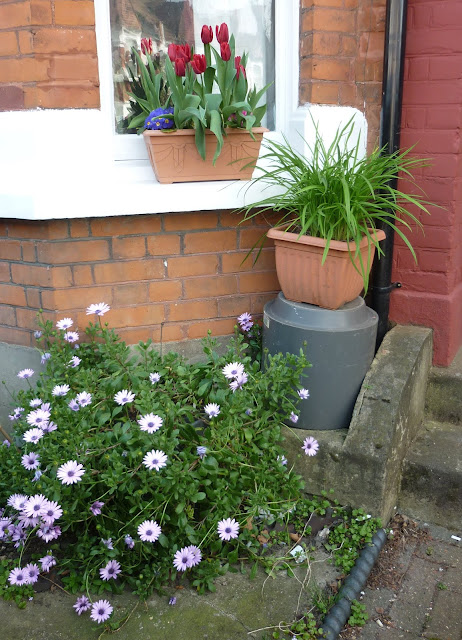 All rather similar to last month 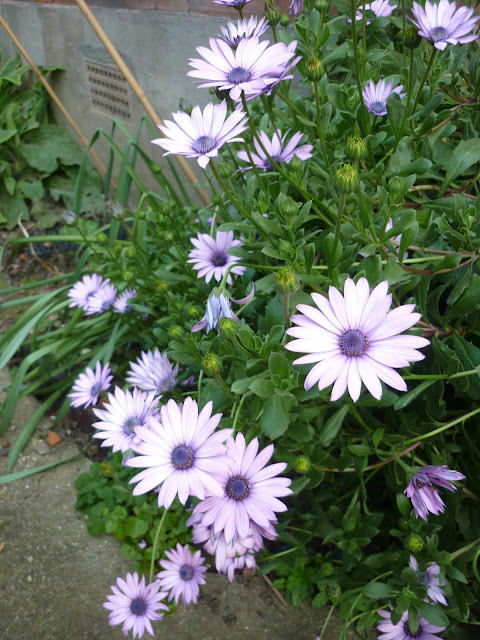 but with a bit more flower dispite being rather neglected 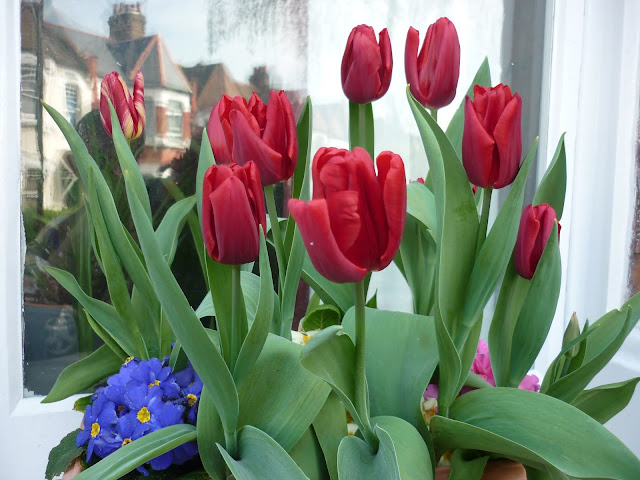 In the main garden the surrounding weed trees are coming into leaf and the top of the garden is reverting back to a woodland garden. 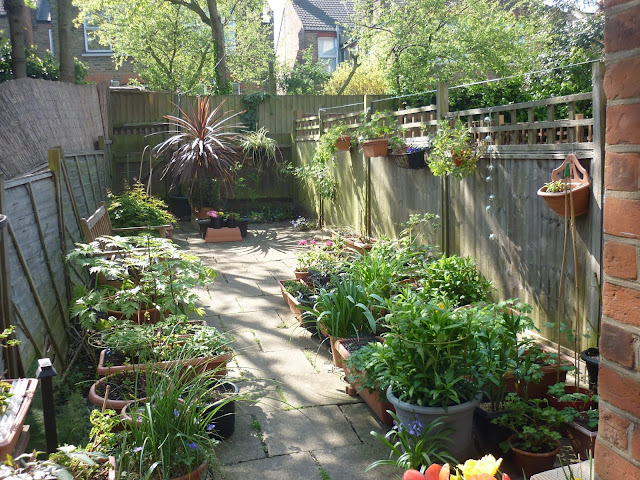 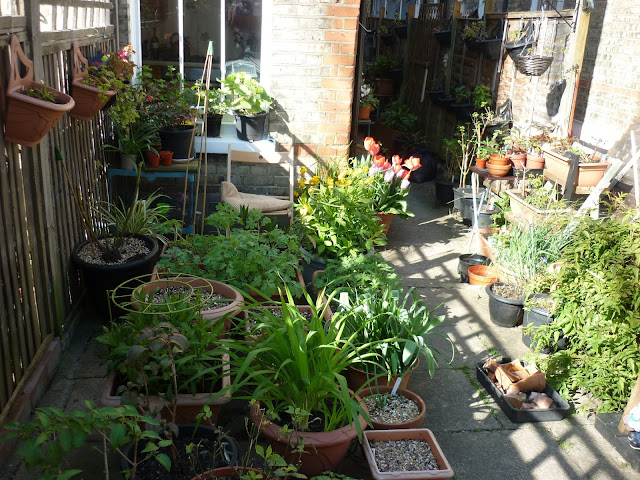 You can just see  what we call the top field in the distance in this photo.
it is now a retirement home for the hyacinths and polyanthus that served us so well through the winter and early Spring 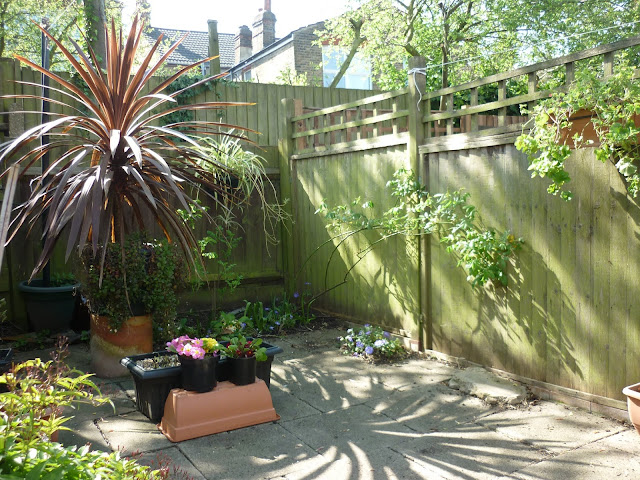 The amount of growth this month is staggering.
Early on this month, it all looked much the same as March.
By the end of the month we are definitely heading into Summer. 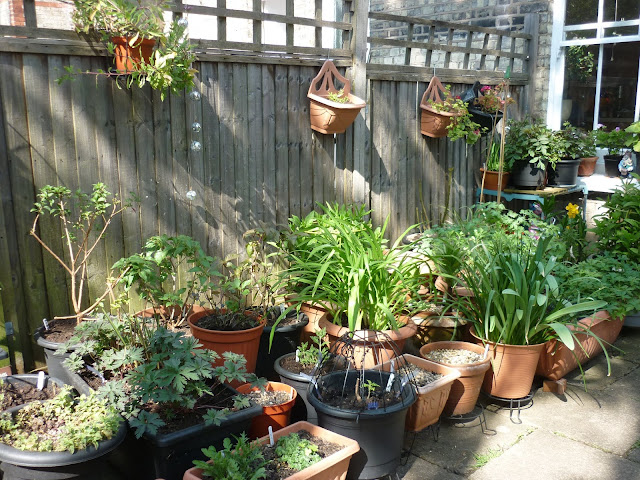 Our Thalictrum is heading for the stars but it is almost impossible to photograph. 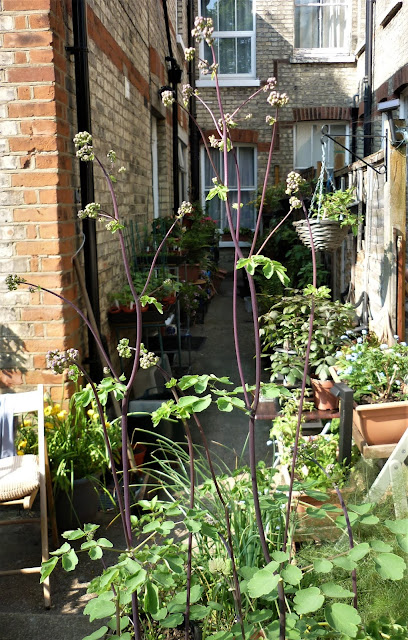 'Summer is a cummin in' and it is not even May yet !
This is Begonia "Angelique".
Its flowers look like a rose and it actually smells like one too. 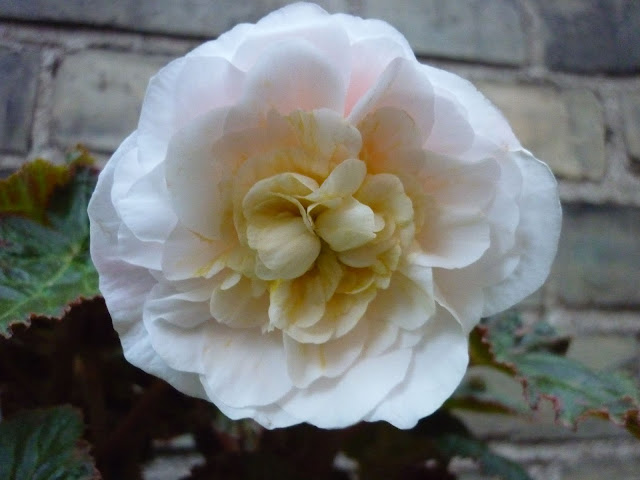 All the Pelargoniums are starting to kick in too. 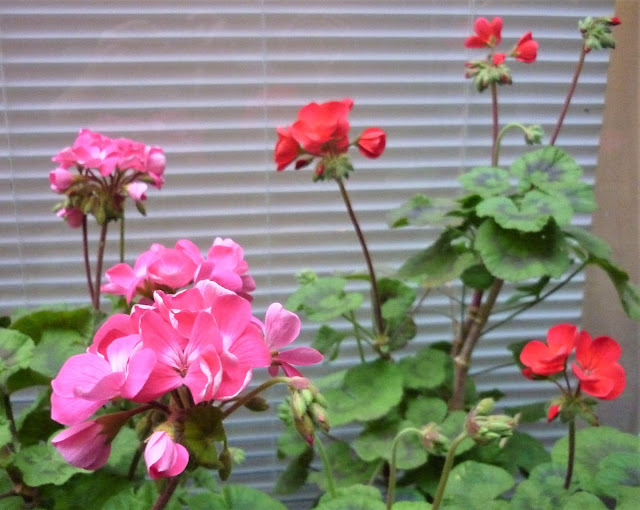 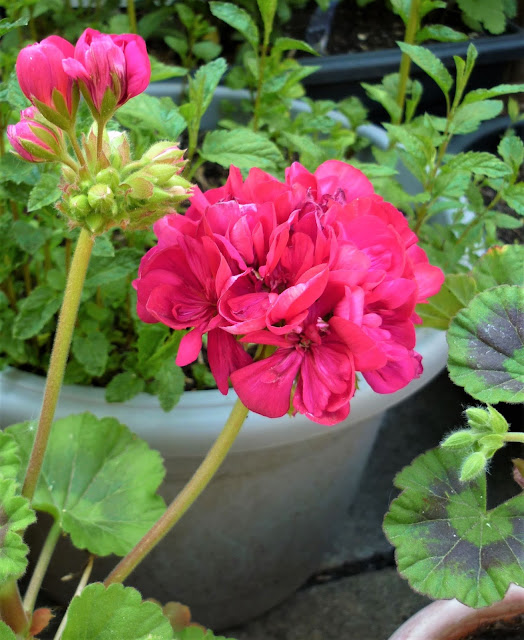 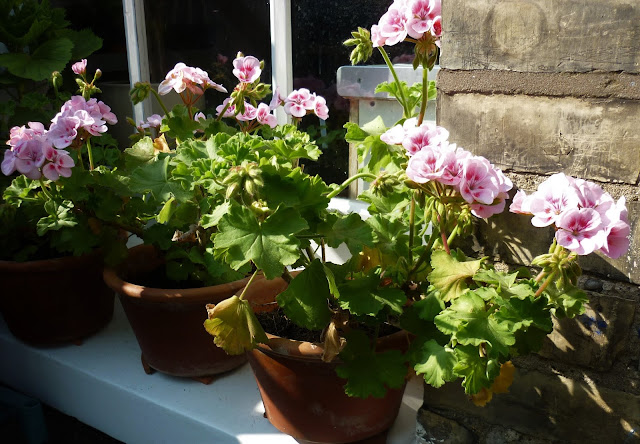 and the first of the Regals is in flower complete with disco balls ! 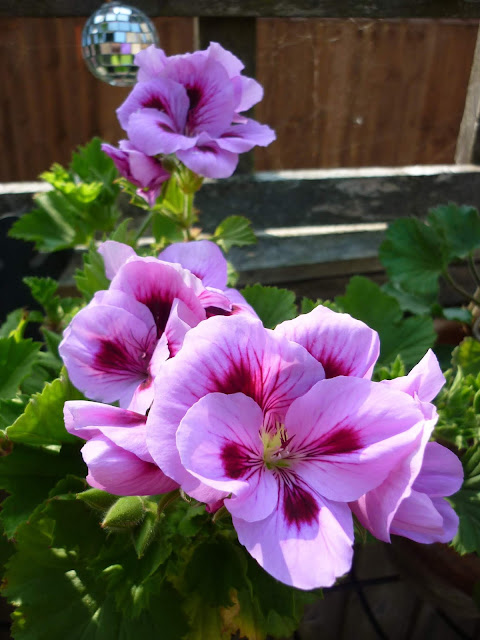 Well there tiz then me darlins.
We have been a bit busy trying making everything look like a garden rather than a old derelict nursery.
Dahlias are potted on, seeds are sown and pricked out.
Rather difficult now in these odd times, as we are now completely without compost, even with re-using the old stuff from last year. 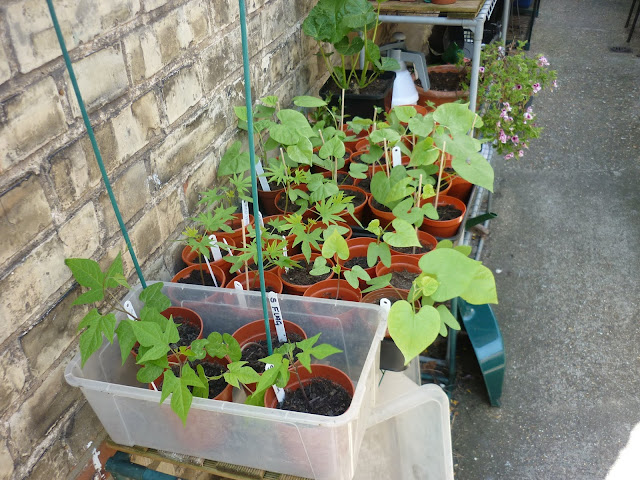 Hey Ho
I am sure we will find a way.
Pop in in May and find out.
It would be lovely to see you and I will pop the kettle on...

Till then me lovelies
ttfn
.